Stephen’s Place is the proud recipient of a $10,727 grant from the Catholic Human Services Foundation in Pittstown New Jersey. Through the help of this foundation we will be making some greatly needed renovations to the house! 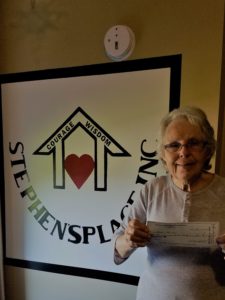 We are very excited to begin the installation of the new carpeting on the second and third floors of the home. These floors are where the residents live while they are here at Stephen’s Place moving through the program. The carpets are the originals that were installed when we moved in the house 24 years ago and were in need of being replaced. It is only through the kindness of organization’s like the Catholic Human Services that we are able to continue to do our work with men recovering from addiction.

In addition to replacing the carpets these funds will be going towards the second project of replacing the damaged slate on the roof and putting in new gutters and drainage pipes. The slate on the main roof of the house will be replaced where needed and the roof on the back of the house will be replaced. This portion of the house is an extension made by the previous owners. The replacement of these areas of slate is needed in order to preserve the integrity of the main house and the extension portion as well.

We are extremely grateful to receive this support from Catholic Human Services Foundation in Pittstown New Jersey so that we may continue in our effort to change and save lives by breaking the destructive cycle of addiction!

Stephen’s Place has been a part of the Lehigh Valley community for the last twenty four years. In 1993, during the inception of Stephen’s place there was a lot skepticism around the type of impact a halfway house would have on the surrounding neighborhood. Neighbors brought their views to the zoning board and City Council Meetings. Some of the nearby neighbors were completely against what they perceived to be a “treatment” facility. The opposition to this stance was that this house would be closer to a family rather than a treatment facility. After  much debate with the public and the city zoning board the plans for Stephen’s Place were approved! 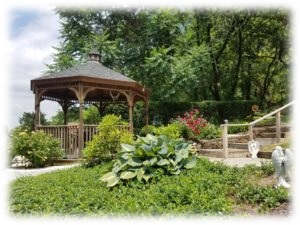 The Gazebo is in honor of former Board Chairman David Shook’s late wife, Elaine. In Lieu of  flowers they asked that money be Donated to Stephen’s Place which enabled us to get this beautiful Gazebo.

As I am sure most people know, this is a process and does not happen overnight or in 14 or 29 days in a rehabilitation program. An integral component of building a new life free from drugs and alcohol is structure. Once someone removes drugs and alcohol from their daily routine there is a void that must be filled or it will get filled on its own and possibly through negative habits. While at Stephen’s Place the men get rooted in a 12-step recovery program, outpatient treatment which compliments the groups at the house, and are required to find and secure legitimate full-time employment. They create a new social network and begin to bond with positive experiences which creates the foundation for long-term success in recovery. While doing all these things they also take full responsibility for the upkeep of the house and property under the guidance of Sister Virginia.

One of the primary maintenance responsibilities during the warmer times of the year is the yard and garden. The garden maintenance is not only enjoyable and therapeutic for some but it is also very symbolic for the entirety of Stephen’s Place; in that when a new individual gets accepted into the First Phase Program a seed is planted and it is our hope that the individual will grow and develop into the fullest version of themselves. Many of the men who graduate from the program maintain working relationships with Sister Virginia and come back to the house for meetings and to do work on the property. Check out our Facebook Page to see the recent projects that have been completed!

Stephen’s Place will also be taking part in Lehigh Valley’s Plant a Row for the Hungry project this year! This project led to more than one and a half tons of produce being donated to the poor last year. Stephen’s Place is a far cry from a drain on the neighborhood as some anticipated it would be during its inception. Stephen’s Place today not only restores community members to being productive citizens but donates to organizations that benefit the greater good! 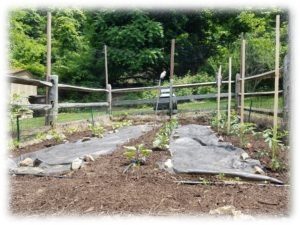 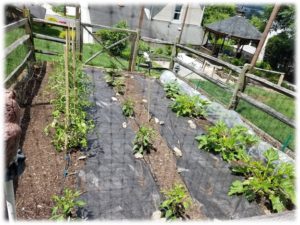 The Stephen’s Place Garden in progress

The first garden was built by Sister Bernard, MSC, who worked at Stephen’s Place from 1995 till 2000. Originally it was at the front of the back yard where we now have the Gazebo. We had to move the garden toward to the back of the yard so that it would have plenty of sunlight. We needed to build a fence because we have a lot of deer visiting our property. The garden fence was made possible by a donation in memory of Fred Rohs, a good friend of Sister Virginia. The fence was built by one of the former residents and his friend. The residents lined the fence with deer netting. Our only problem was the task of keeping it watered properly. Two years ago a man by the name of Jose Uphuepan came to Stephen’s Place offering to volunteer his time and services. Sister Virginia mentioned her concerns about watering the garden. He informed me that he was an engineer and could install an irrigation system in the garden. In order for this to happen a water line had to be laid underground. One Sunday afternoon some of the residents with the help of Arnie Matose, former Director of Northampton County Dept. of Corrections, dug the trench necessary to lay the water line. This has solved our watering problems. This year two of our new residents who have done gardening in the past came to us with an eagerness to plant our garden. They put their expertise to work and planted a beautiful garden. They laid mulch that came from the city’s mulch pile around all the plants and laid plastic between the rows that is keeping our garden almost weed free. This year we have planted tomatoes, green peppers, squash, cucumbers, zucchini, string beans and some spinach. We are looking forward to harvesting our produce and sharing it with New Bethany Ministries, the organization assigned to Stephen’s Place through “Plant a Row Project” project.